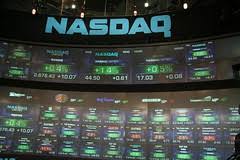 Fractional CFO Denver Advice – Are You Really Hiring A CFO? By Ann Diddlebock

Let’s face it. The people that hire CFO’s are not CFO’s. It’s usually various members of the executive team pulling the trigger on the hire.  Hmm…executive team –  CEO, CRO, COO. A group of people that need to work with the CFO, but may not be completely sure what a CFO should and shouldn’t do. Their decision making rubric is most likely skewed based on their individual roles in the company.

Let’s use a car as an example. Each component of an engine plays a very distinct role in making that car move. Cars that are prized for their engineering and performance have component parts that are very specific to high performance and cost more than lower performance vehicle parts. And each part works independently at a very specific task to produce the overall effect of high speed with stellar handling and comfort. That car wins the race – gets there faster – is revered by professionals that recognize the gold standard performance.

Need to talk? Email me!